Jenny
Growing up, I read. A lot. (In fact, I used to get in trouble for reading instead of doing homework.) Yes, I was that dorky kid in middle school who read during recess and whenever she thought the teacher wasn't looking. (Hint: your teacher is looking--they always know!)

As a so-called "grown up" I've managed to keep books a constant in my life through school, work, and an affinity for constantly adding to my personal library (much to my fiance's dismay). I especially love to read juvie and YA books--it's something I never grew out of. Don't get me wrong: adult books are great, whether they're science-fiction or literature or nature studies. That said, I often feel kids' books are more open to creativity--more fun, more liberating, and often more challenging to succesfully write. (It also probably helps that I've decided never to grow up, but that's a different blog altogether.)
Anyway, one day I started working at a bookstore where I met Ruby. For some reason she decided I wasn't too obnoxious, and she befriended me, giving me an outlet for my passion and insatiable hobby. And lo, a blog was born!

My favorite kinds of books are strange, wacky, fun, and smart. I love it when a book treats kids with the intelligence and respect they deserve while keeping the plot strong and compelling. I'm always up to try new authors and books--send in your recommendations so we can read them, love them, and share them with others!

"Outside of a dog, a book is a man's best friend. Inside of a dog it's too dark to read." ~ Groucho Marx 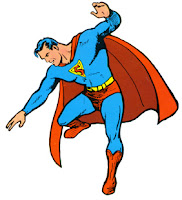 When I was younger I hated to read, absolutely hated to sit still in one spot. Growing up in the Southwest, I was always outside in the sunshine instead. Everything changed for me when my family moved the summer before junior high. I was looking for an after school job and found out the local library was hiring, however I was too young. I had to wait 2 years, but during that time I met a wonderful children's librarian who showed me what I was missing out on. From there my never-ending love affair books (children's books in particular) began.

I now work in a bookstore, in the children's department (of course!), where I'm constantly challenged by my readers to find new fantastic books for them to read. They're a voracious bunch. It's a challenge I enjoy everyday though because of the passion for children and teen books that I have.

Books written for children and teens are written with a perfect escape for the imagination. The creativity that these authors give us month after month, year after year is never ending (thank Zeus!). So, if you're a kid looking for the next great read or an adult looking for that perfect escape into another world, I hope we can help with your choices.


(Note: Images above do not belong to Our Time in Juvie.)